The Sub Zero Mission does focus on veterans because about 18% of the adult homeless population are veterans according to the Disabled Veterans National Foundation. Part of our mission is to find veterans and help them make connections to services.

Since the founders and many of the volunteers are veterans there is a special connection there as well. 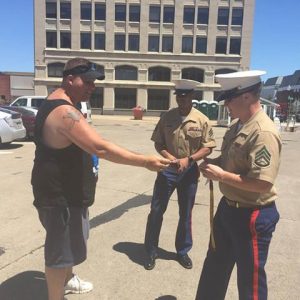 Homeless facts that focus on veterans:

Numbers to thinks about