During the winter of 2009, a couple of old high school buddies, who had spent time in the Marines, helped out a couple of homeless veterans by supplying sleeping bags to keep them warm during the cold northeast Ohio winter. 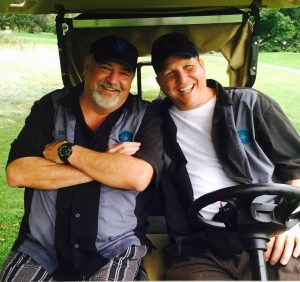 Al Raddatz and Del Bethel thought they could do more, so they spread the word through social media about how they needed others to help. Soon they had collected 50 sleeping bags and distributed them directly to the area homeless.

So, it was at Leroy VFW Post 7939 that the Sub Zero Mission was born along with the motto “Nobody should freeze to death in America.”

In 2010, the Sub Zero Mission collected more than 250 used sleeping bags as well as hats, coats, gloves, boots and other warming items. All of the items were given directly to the homeless in Lake and Cuyahoga counties. In Lake County, these items were distributed directly to homeless persons. In Cuyahoga County, distribution occurred through the Cleveland City Mission.

The organization earned 501(C)3 status in 2011 becoming a recognized charity.

Since then the volunteers have raised more than $300,000 and gathered countless numbers of hats, coats, gloves, boots and sleeping bags. All of these donations have gone directly to helping the homeless stay warm from Cleveland, through Painesville to Ashtabula and in other regions. The Blue Coat Missionaries now travel to Erie, Buffalo, Columbus, Akron, Youngstown and Pittsburgh annually. 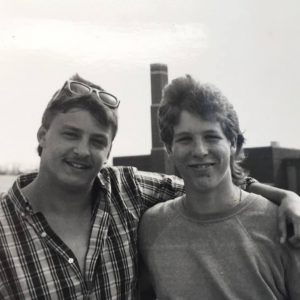 Del and Al as classmates at Riverside High School in Painesville, Ohio.

Since the mission was started by veterans, there is a significant concentration of finding veterans to get them connected to services they have available but might not be aware of.

In order to help the cause, the mission has an annual item donation period from October 1 through December 1 so people can donate gently used articles in order for the Blue Coat Missionaries to distribute on nights that get below 20 degrees. Companies can organize their own clothing drives and other fundraising events for the mission.

You can always donate through purchasing T­shirts, hats or hoodies from SZM through events we attend or right through our website.

This website uses cookies to improve your experience while you navigate through the website. Out of these cookies, the cookies that are categorized as necessary are stored on your browser as they are essential for the working of basic functionalities of the website. We also use third-party cookies that help us analyze and understand how you use this website. These cookies will be stored in your browser only with your consent. You also have the option to opt-out of these cookies. But opting out of some of these cookies may have an effect on your browsing experience.
Necessary Always Enabled
Necessary cookies are absolutely essential for the website to function properly. This category only includes cookies that ensures basic functionalities and security features of the website. These cookies do not store any personal information.
Non-necessary
Any cookies that may not be particularly necessary for the website to function and is used specifically to collect user personal data via analytics, ads, other embedded contents are termed as non-necessary cookies. It is mandatory to procure user consent prior to running these cookies on your website.
SAVE & ACCEPT
""