Just some of the hard-working people behind the scenes

The Board of Directors is responsible for overseeing the Sub Zero Mission’s activities. The governing body of this 501(C)3 focuses on the vision, strategies and goals of the Mission.

These are all unpaid positions. 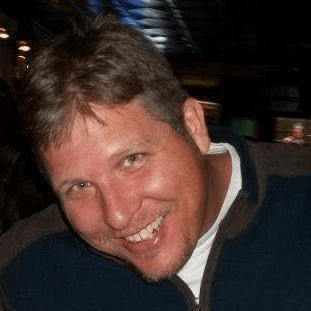 Al Raddatz Founder and CEO of the Sub Zero Mission
Al is a 1989 graduate of Riverside High School in Painesville, Oh. Upon graduation, Al joined the United States Marine Corps, serving on active duty from 1990-1996 and Reservist from 1996-1998. During this time, Al participated in Operation Restore Hope in Somalia. Al was Honorably Discharged with the rank of Sergeant. After leaving the Marine Corps, Al joined a Fortune 500 insurance company in his area. During his 15 years there, Al has held many customer-service and leadership roles. These ranged from Claims Rep, IT Help Desk, IT Operations Team Leader, IT Production Engineer, Critical Incident Team Leader, to his current role as Problem Analyst Lead. Al is a coach and leader in his community. Al’s 22 years of management and leadership are contributing factors to the success of The Sub Zero Mission. Del Bethel Chairman of the Board
Del Bethel graduated from Riverside High School in Painesville, Ohio in 1988. After school, he joined the United States Marine Corps and served in Operation Desert Storm. Del was honorably discharged in 1992. He worked in the trades building kitchen cabinets and countertops; eventually owning his own cabinet shop. Del is currently a criminal investigator at a company that does employment screenings and background checks for clients all over the country. Del is a life member of Leroy-Thompson VFW Post 7939 and has served numerous posts, including Commander for 4 years and currently in his 6th term as Quartermaster. He has chaired numerous committees including overseeing the fundraising, construction and installation of memorials at 2 local cemeteries. 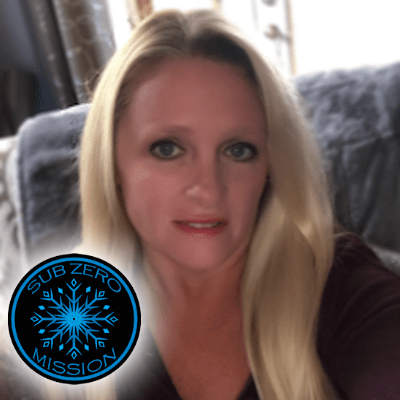 Barb Raddatz Vice Chairman of the Board
Barb is a 1987 graduate of Riverside High School in Painesville Ohio. She brings with her over 25 years of experience in customer service-related industries. In 2021 Barb obtained her real estate license in the State of Ohio and is currently working with Kimberly’s Realty Corp. Prior to real estate, Barb worked at BackTrack, Inc. in Mentor, Ohio for over 20 years leaving the family-owned business as Vice President of Operations. Barb’s expertise in the running of the day to day operations of a company will be a big asset in helping run The Sub Zero Mission. 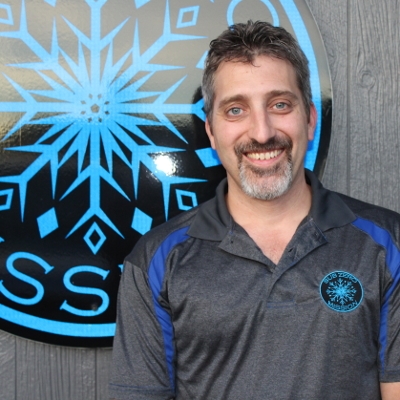 Shane Hajjar Treasurer
Shane Hajjar has over 20 years in the Civil Engineering Field. Shane also has a strong economic and financial background. He worked with many school and other fundraising groups. Shane will work hard to ensure we hit our goals and stay on budget. 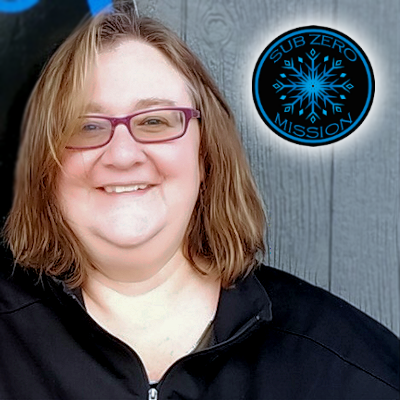 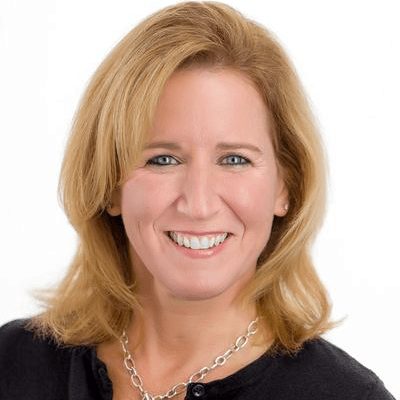 Karen Suttman Director of Events and Fundraising
Karen Suttman is a graduate of Riverside High School. She graduated from Ursuline College with a degree in Business Information Technology. She furthered her education with a Series 7, 66, RICP, CLTC, and FIC, and currently serves as a Financial Advisor with Thrivent Financial. Karen currently resides in Leroy Township, with her husband Kevin and two children Andrew and Macy. 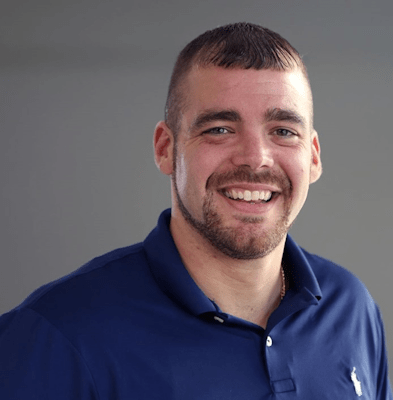 James Hido Director of Marketing
James Hido is a 2003 Riverside graduate and Veteran of the United States Marine Corps, a business owner since 2009, and a marketing strategist at Cleveland.com, Ohio’s largest and most trusted news outlet. After an honorable discharge from the Marines, James graduated with Honors from Cleveland State University with a Bachelors's in Business Administration. During this time James started his business “VYBE Entertainment” servicing events of all magnitudes including services such as DJ & MC Services, Photobooths, Uplighting, Video Screens, and Officiant Services. After graduation James began his career in Marketing working for several large national brands before just recently accepting a new role locally in Cleveland. James serves as the acting board member of the Riverside School District Alumni Association and is an acting Blue Coat Missionary for the Sub Zero Mission. James currently resides in Painesville Township while supporting the efforts of other local businesses in Northern Ohio all while staying true to his roots in Painesville. 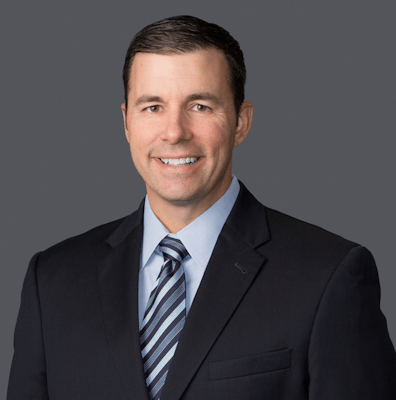 Douglas Simek Director of Legal Affairs
Douglas is a 1998 graduate of the University of Dayton and a 2002 graduate of Cleveland-Marshall College of Law. From 2003-2018, he practiced law at a defense litigation firm in Cleveland, Ohio. Doug and his family have a history of charitable work with various organizations throughout the Cleveland area, including the Sub Zero Mission. In June of 2018, Doug and his family moved to Dallas, Texas. He continues to practice law at the law firm of Hawkins Parnell & Young in Dallas. His practice is concentrated on defending corporations in toxic tort and business litigation, as well as other general civil litigation matters. 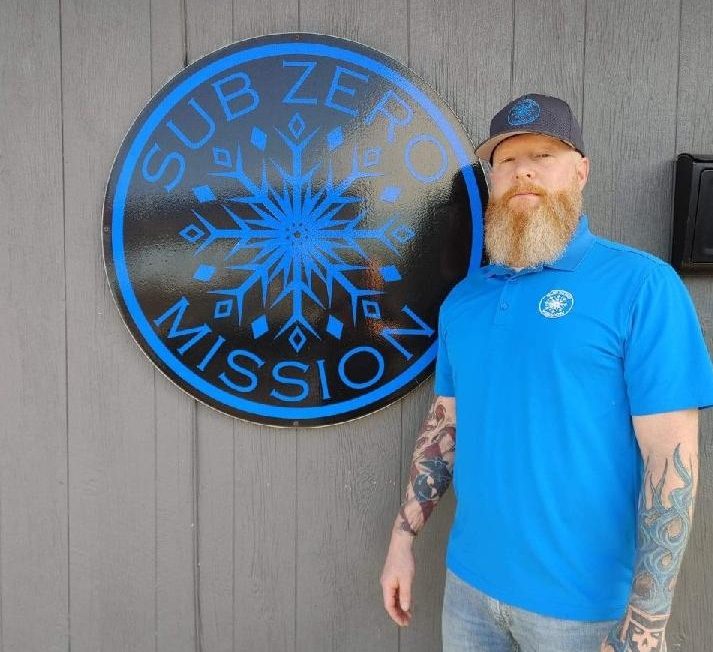 Tim Hickey Director of Veteran Affairs
Mr. Hickey is a 1994 graduate of Riverside High School. After graduation, Tim enlisted in the United States Marine Corps and became an Infantry Squad Leader, deploying to the Middle East.

After receiving his honorable discharge, Tim became a Police Officer and earned his degree in Criminal Justice Management. Tim also furthered his education with Mechanical Engineering.

In 2015, he became President and majority owner of United Sales Inc, assisting Mechanical Engineers through analysis and problem solving, providing solutions with Vibration Isolation and Seismic Control for critical facilities.

In 2018 Founded PatchOps, creating morale boosting patches. The patches that PatchOps produces allow for a direct connection to fellow veterans and first responders and use a unique sense of humor on very high quality PVC and embroidered patches and decals.

In addition to running his businesses, Tim raises his two sons, Issac and RJ with his wife Michelle, acts as an ambassador for Mission 22 (working to raise awareness and prevent Veteran Suicide) and as the Homeless Veteran Service Coordinator for The Sub Zero Mission (helping to get homeless veterans off the street).

Tim joined our team several years ago by simply volunteering at one of our fundraisers. It was obvious that he shared in our vision of compassion for the homeless. His passion and advocacy for the veterans we find was hard to miss. We quickly brought him into the day-to-day execution of our mission.

In his new role, Tim will expand upon the mission we have to find homeless veterans and get them in touch with programs that they have earned with their service to our nation. Until now, we have always focused on getting the veterans off the streets. Tim will help us to take the next step and re-empower, re-educate, detoxify, and rejoin society.